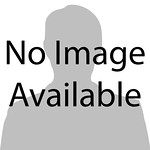 One of the greatest mysteries in modern day astrophysics is that of the nature and composition of dark matter. Numerous lines of research have sought to detect and characterize this unknown material. Cosmological simulations in particular have proven very successful at re-creating observed large scale structure given a few simple assumptions about dark matter.

These simulations, however, appear to fail on smaller scales. Tension between simulations and observations still exists in the predicted abundance of dark matter subhalos, small, gravitationally-bound dark matter halos. These subhalos are believed to host dwarf galaxies in the Milky Way. The observed abundance of dwarf galaxies, however, is too low by an order of magnitude.

I develop the statistical framework to measure the mass fraction and slope of the subhalo mass function (SHMF). My results give a substructure mass fraction f=0.0021 (+0.0030, -0.0014) which is lower than previous studies, but consistent with both observational results and theoretical predictions. For the slope I find alpha = 0.971 (+0.506, -0.545) which is significantly lower than cosmological predictions. Given this tension, I suspect that we may not yet be resolving the lowest mass substructure. I propose an alternative analysis that may definitively determine whether this apparent difference is real or an artifact introduced in data reduction.