Cameron Owen of Boise, Idaho, a senior honors student majoring in chemistry and physics and minoring in mathematics, has received the prestigious Churchill Scholarship to study at the University of Cambridge in the United Kingdom. He is one of only 15 students nationally to receive the award this year and is the fourth consecutive Churchill Scholar from the U.

“Cameron’s achievement is a testament to his scientific curiosity and diligence in his undergraduate research,” said Dan Reed, senior vice president for Academic Affairs. “A fourth Churchill Scholarship award in as many years demonstrates the value of undergraduate research and mentorship experiences at the U, and that our students are among the best and brightest in the world.”

The Churchill Scholarship, established in 1963 at the request of Winston Churchill, provides undergraduates with outstanding academic achievement in the science, technology, engineering and math fields the opportunity to complete a one-year master’s program at the University of Cambridge. Students go through a rigorous endorsement process in order to apply, but only after their home institution has been vetted with the Churchill Foundation. The U was added to the foundation in 2014.

Owen, a recipient of a 2018 Barry Goldwater Scholarship, came out of high school with an interest in chemistry. He joined the lab of Peter Armentrout, Distinguished Professor of Chemistry, after hearing about Armentrout’s research in his honors science cohort. While at the U, Owen has published his research and traveled twice to the Netherlands as part of the National Science Foundation Research Experience for Undergraduates program. 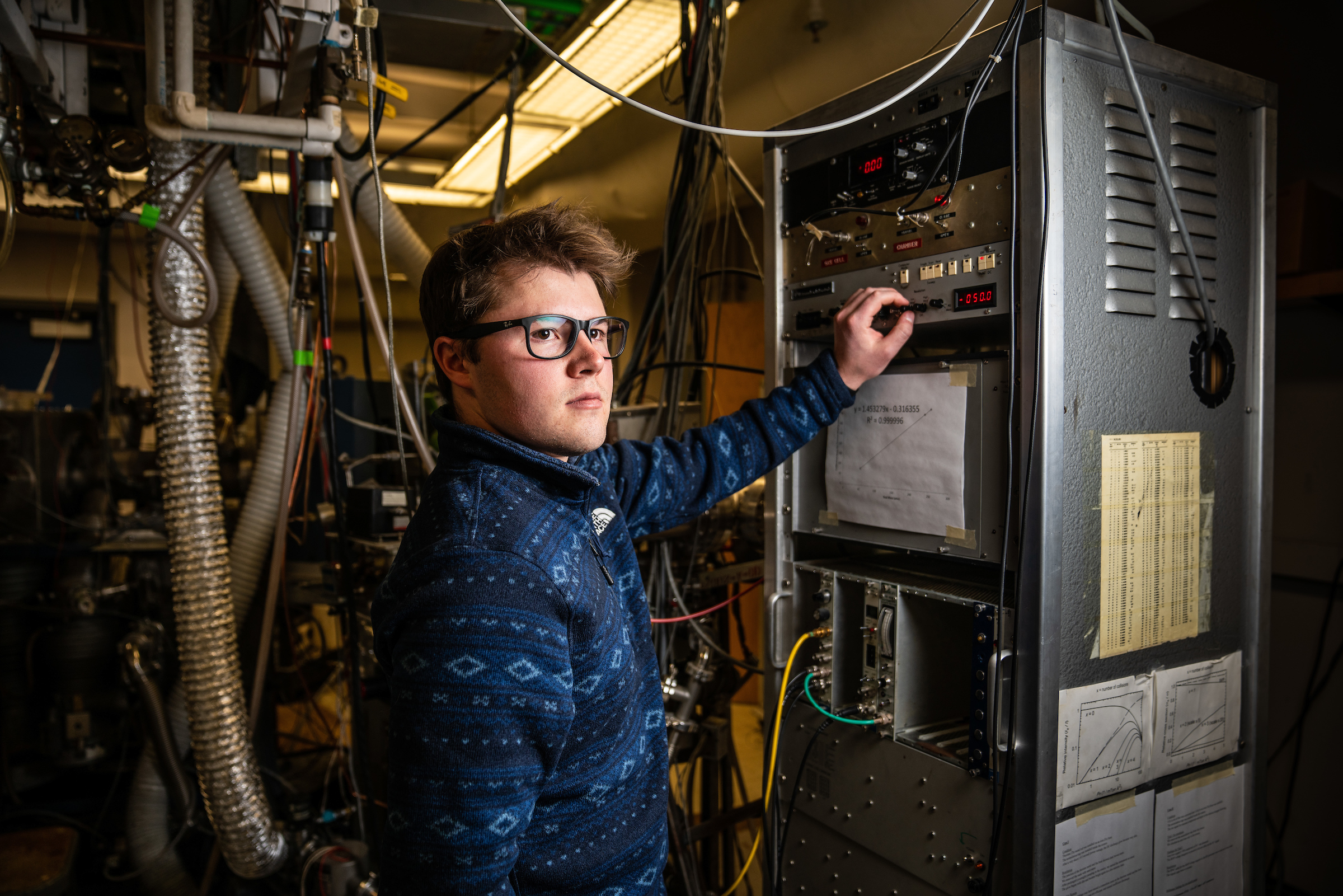 Cameron Owen in the lab.

Owen and Armentrout, in an ongoing collaborative effort with the Air Force Research Laboratory, are currently studying the activation of methane by metal atoms, particularly gold, in the gas phase. Methane activation, the process of breaking the carbon-hydrogen bond of methane, and subsequent functionalization could eventually be used to convert the enormous amounts of methane from natural and shale gas feedstocks into usable products like methanol or ethane. “I want the activation of methane into liquid fuels and other viable products to be environmentally beneficial and economically advantageous,” Owen said. “Current processes that activate methane are exorbitant in both time and energy.”

At Cambridge, Owen will explore how methane chemically attaches to the surfaces of certain metals. “My project will be purely theoretical,” he said. “But I’ll be able to apply what I’ve learned about certain metals that react with methane in the gas phase to potential catalysts of the future. You can extend those results to better understand the activation of other greenhouse gases in order to create more effective real-world catalysts.”

Owen is looking to continue his work in a doctoral program after his return from Cambridge.