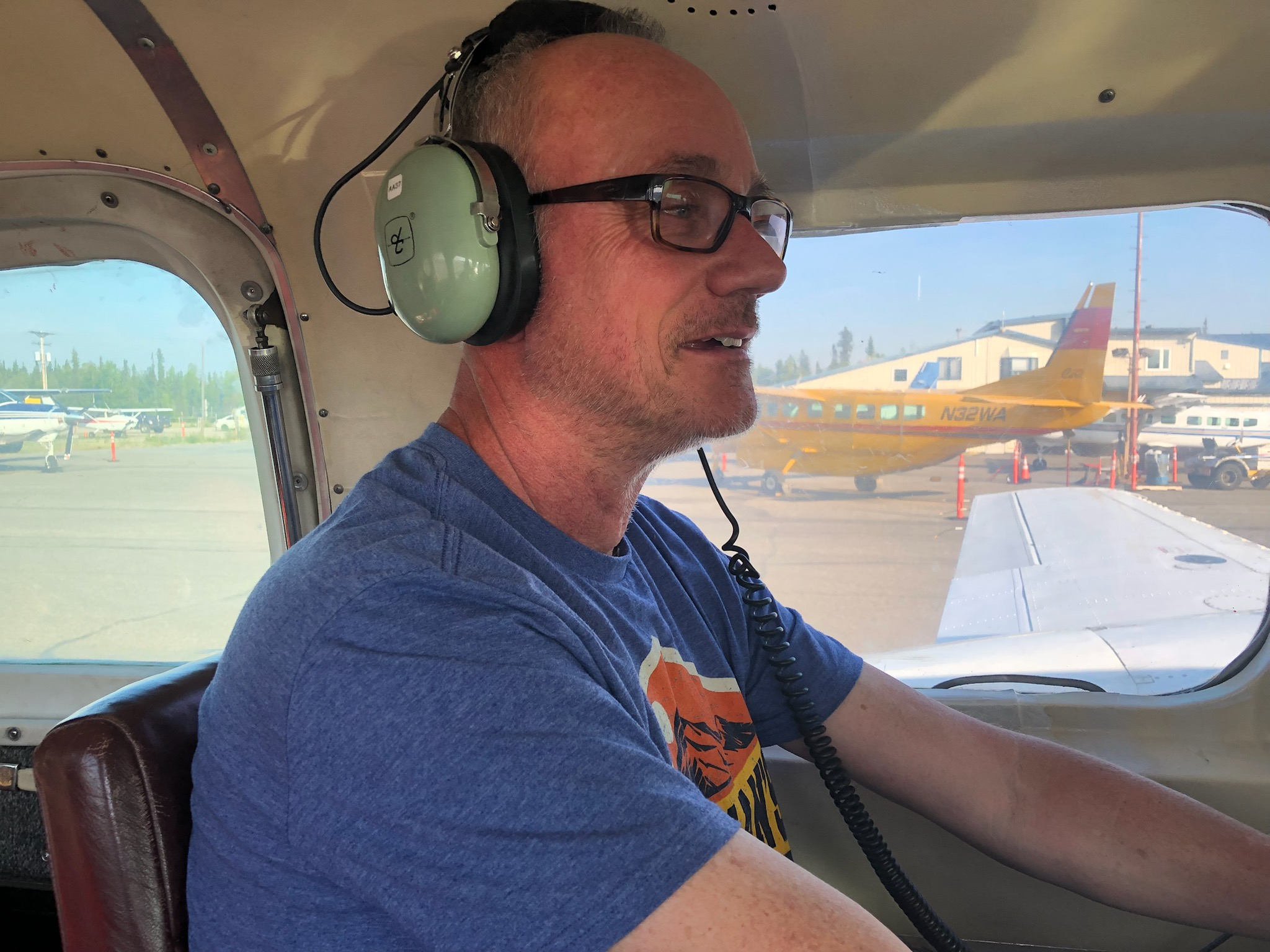 Dr. Perry Hacking has always loved astronomy, so there was nothing for him to do but pursue and follow that passion throughout his life. “I had a one-track mind, and learning about astronomy drove most of my thoughts during my little free time and all of my energy behind my academic and professional life,” he said. “I never wanted some position or title—I just wanted to learn more about astronomy or contribute to the world learning more about it. I’m grateful I’ve been able to devote my life to something I love.”

Projects at JPL and Caltech

Hacking received bachelor’s degrees in chemistry and physics from the U in 1981 and then moved on to graduate work in astronomy at Cornell University. He was the only student member of the science team of NASA’s Infrared Astronomical Satellite (IRAS) mission, which was the first mission to put a telescope in space to survey the sky in infrared. IRAS made a number of unexpected discoveries, including: six new comets, the core of our galaxy, and evidence of solid material around the stars Vega and Fomalhaut, which strongly suggested the existence of planetary systems around other stars. The telescope was a joint project of NASA, the Netherlands Agency for Aerospace Programmes, and the United Kingdom’s Science and Engineering Research Council. Hacking’s Ph.D. thesis centered on observations of galaxy evolution, using the most sensitive infrared data from IRAS.

He spent much of his career at NASA’s Jet Propulsion Laboratory (JPL) at the California Institute of Technology (Caltech) as an instrument scientist and principal investigator. He was involved in several space missions, including the Spitzer Space Telescope, designed to study the early universe in infrared light. The Spitzer Telescope was the first telescope to see light from a planet outside our solar system. In addition, Spitzer also made important discoveries about comets, stars, exoplanets, and distant galaxies. Hacking’s analysis prompted engineers at JPL to develop a better orbit for Spitzer that dropped mission costs significantly and helped NASA select the mission for flight.

Hacking served as principal investigator on the Wide-Field Infrared Explorer (WIRE) mission. Hacking originally sketched out the infrared telescope and its mission on a napkin with Paul Graf, a friend from graduate school in April 1991. Designed as a four-month mission to study starburst galaxies, the WIRE, unfortunately, failed soon after launch in 1999 due to a malfunction that caused the space telescope’s coolant to rapidly deplete. The WIRE mission did prove important technologies that had never been built or put into space—technologies that Hacking had proposed in 1998 for a more capable version of WIRE. One of the most important of these was a two-staged hydrogen cryostat that Hacking conceived of during the proposal phase of WIRE; this was built at Utah State University’s Space Dynamics Laboratory. Leading engineers were highly skeptical this cryostat could achieve the cold temperatures the new generation of infrared detectors on WIRE required for optimal performance. The cryostat not only worked—it delivered temperatures below those required.

His final project at JPL was the Wide-field Infrared Survey Explorer (WISE) mission, used to scan the entire sky twice in infrared light, snapping pictures of three-quarters of a billion objects, including remote galaxies, stars, and asteroids. After completing its surveys in 2011, WISE was put to sleep but reactivated in 2013 as NEOWISE, with the primary goal of scanning for near-Earth objects, or NEOs.

Once WISE had been approved for proposal development in 1998, and after WIRE in 1999, Hacking decided to leave JPL and focus solely on teaching at a community college. “It was a really difficult decision to abandon cutting- edge research in favor of teaching at a community college that some people had not heard of,” said Hacking. “Some of my colleagues thought I was crazy for leaving the WISE mission behind—even I knew it was an unusual decision, but I also knew it was the right thing to do. Sometimes instead of “getting back on the horse,” you have to decide to stay off and take a different, but better path. Fortunately, life’s experiences and a sense of humor have helped me through challenging times. WISE went on to be an incredible success without me. I know that I have made a greater contribution by changing paths.”

Today, Hacking is semi-retired and lives in Cedar City, Utah, but flies his private plane to teach physics and astronomy at El Camino College in Torrance, Calif.

Favorite U professors and research

During his undergraduate years, Hacking worked with several influential and respected professors, including Dr. William Schwalm, currently professor of physics and astrophysics at the University of North Dakota. “Dr. Schwalm was the best instructor I ever had,” said Hacking. “He taught physics as someone who loved the material and pushed his students well beyond just the textbook.”

Emeritus Professor Richard Price was another favorite, who taught at the U from 1971 to 2004 and was instrumental in encouraging Hacking to attend a lunch with Kip Thorne, a well-respected physicist from Caltech. The lunch was important in Hacking’s development as scientist. “I was pretty clueless sitting down to lunch. I remember asking Professor Thorne why he wanted to build his first gravity wave detector, especially when he knew it would never detect anything,” he said. “Professor Thorne responded by saying, “Well, we have to start somewhere, and we’ll learn from building it how to improve it.” It took a long time for that lesson to finally sink in. Professor Thorne’s passion at lunch that day helped me when I conceived and worked on my own ideas about 15 years later,” said Hacking.

Hacking also worked with Professor William Guillory, chair of the Chemistry Department, on laser photolysis and matrix isolation of radical species. “He showed more confidence in me than I had in myself, and it was a wonderful experience to work in his lab,” said Hacking. “His advice helped shape my career in astronomy, too. In my spare time, I would often go up to Little Mountain to observe the night sky with my telescope.”

Hacking also attended fossil hunting trips with the paleontology class, which sparked a life-long hobby as an amateur geologist—a passion he has passed on to his family. Hacking was, and still is, a huge Ute fan and still follows (and occasionally attends) Ute football, basketball, gymnastics, baseball, and ski team events.

Perry with his kids

The best career advice Hacking ever received (and he admits he has required a large amount over the years) came during his undergrad years at the U. In the beginning, he received useful career and academic advice from almost every faculty member in the Chemistry Dept. Later, when he was considering graduate school programs in physical chemistry or physics—both seemed like better job markets than astronomy—a postdoc, who was working with Dr. Price met with Hacking one day. “I was a mountaineer that loved and devoured science and was just generally drifting in the right direction, thanks to the U,” said Hacking. “The postdoc told me I was an idiot for not pursuing astronomy—something I truly loved. He was right, of course. You don’t need a job market—you need a job. If you’re passionate about something, then you’re going to be very good at it, even if you lack talent initially. Drive beats talent every time. Follow your dreams. If you haven’t found your passions yet, be patient. You will. Everyone has them.”

Hacking with some of his family, Ava, Perry, and Cassandra

When Hacking isn’t teaching or thinking about astronomy and physics, he spends time with family and pursues hobbies, including flying, fishing, skiing, boating, high-power rocketry, board games, and gardening.