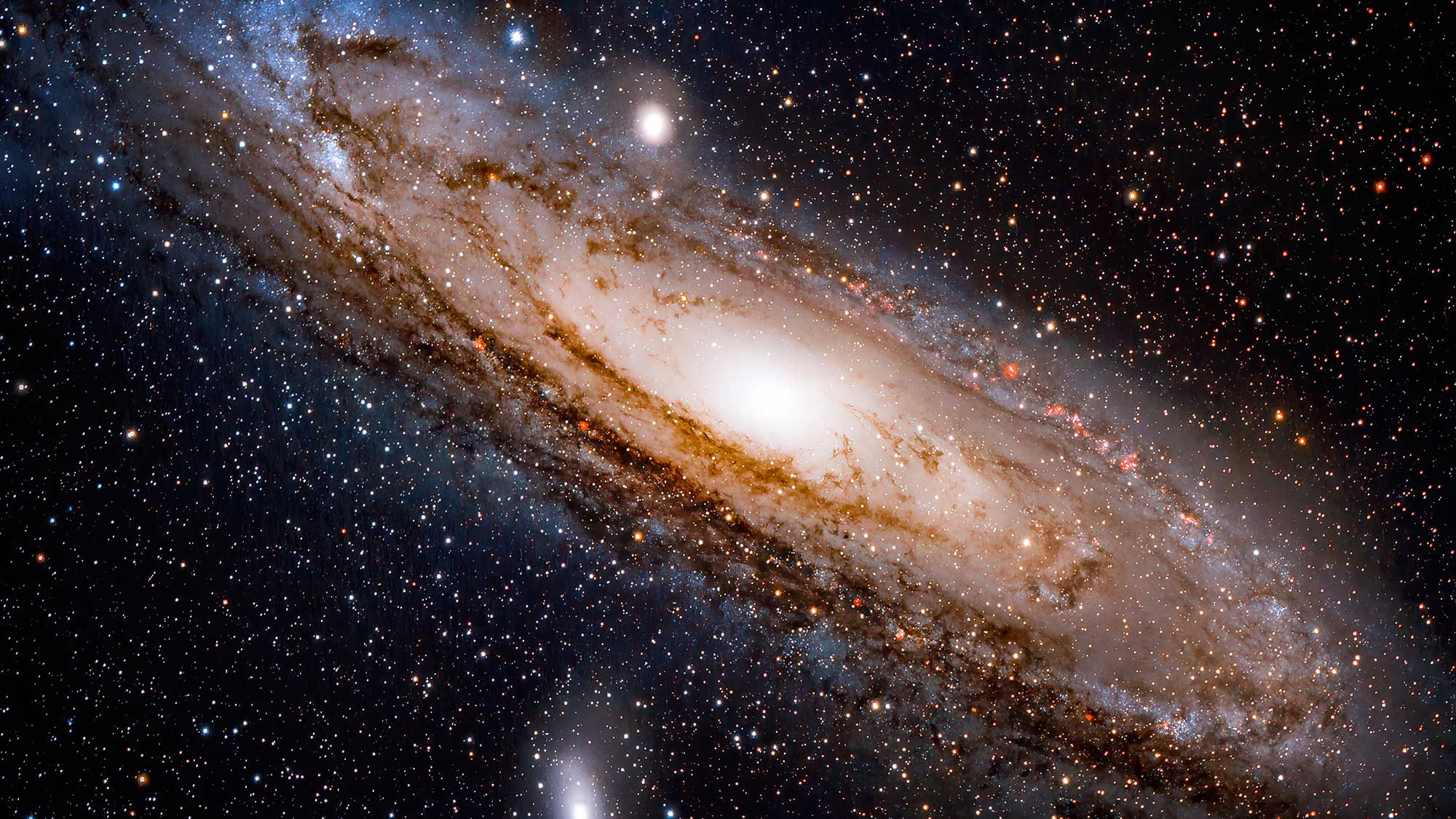 “We have very good detections of the biggest, stellar-mass black holes up to 100 times the size of our sun, and supermassive black holes at the centers of galaxies that are millions of times the size of our sun, but there aren’t any measurements of black between these. That’s a large gap,” said senior author Anil Seth, associate professor of astronomy at the University of Utah and co-author of the study. “This discovery fills the gap.”

The black hole was hidden within B023-G078, an enormous star cluster in our closest neighboring galaxy Andromeda. Long thought to be a globular star cluster, the researchers argue that B023-G078 is instead a stripped nucleus. Stripped nuclei are remnants of small galaxies that fell into bigger ones and had their outer stars stripped away by gravitational forces. What’s left behind is a tiny, dense nucleus orbiting the bigger galaxy and at the center of that nucleus, a black hole.

“Previously, we’ve found big black holes within massive, stripped nuclei that are much bigger than B023-G078. We knew that there must be smaller black holes in lower mass stripped nuclei, but there’s never been direct evidence,” said lead author Renuka Pechetti of Liverpool John Moores University, who started the research while at the U. “I think this is a pretty clear case that we have finally found one of these objects.”

The study published on Jan. 11, 2022, in The Astrophysical Journal.

The left panel shows a wide-field image of M31 with the red box and inset showing the location and image of B023-G78 where the black hole was found.

B023-G078 was known as a massive globular star cluster—a spherical collection of stars bound tightly by gravity. However, there had only been a single observation of the object that determined its overall mass, about 6.2 million solar masses. For years, Seth had a feeling it was something else.

“I knew that the B023-G078 object was one of the most massive objects in Andromeda and thought it could be a candidate for a stripped nucleus. But we needed data to prove it. We’d been applying to various telescopes to get more observations for many, many years and my proposals always failed,” said Seth. “When we discovered a supermassive black hole within a stripped nucleus in 2014, the Gemini Observatory gave us the chance to explore the idea.”

With their new observational data from the Gemini Observatory and images from the Hubble Space Telescope, Pechetti, Seth and their team calculated how mass was distributed within the object by modeling its light profile. A globular cluster has a signature light profile that has the same shape near the center as it does in the outer regions. B023-G078 is different. The light at the center is round and then gets flatter moving outwards. The chemical makeup of the stars changes too, with more heavy elements in the stars at the center than those near the object’s edge.

“Globular star clusters basically form at the same time. In contrast, these stripped nuclei can have repeated formation episodes, where gas falls into the center of the galaxy, and forms stars. And other star clusters can get dragged into the center by the gravitational forces of the galaxy,” said Seth. “It’s kind of the dumping ground for a bunch of different stuff. So, stars in stripped nuclei will be more complicated than in globular clusters. And that’s what we saw in B023-G078.”

The researchers used the object’s mass distribution to predict how fast the stars should be moving at any given location within the cluster and compared it to their data. The highest velocity stars were orbiting around the center. When they built a model without including a black hole, the stars at the center were too slow compared their observations. When they added the black hole, they got speeds that matched the data. The black hole adds to the evidence that this object is a stripped nucleus.

“The stellar velocities we are getting gives us direct evidence that there’s some kind of dark mass right at the center,” said Pechetti. “It’s very hard for globular clusters to form big black holes. But if it’s in a stripped nucleus, then there must already be a black hole present, left as a remnant from the smaller galaxy that fell into the bigger one.”

The researchers are hoping to observe more stripped nuclei that may hold more intermediate mass black holes. These are an opportunity to learn more about the black hole population at the centers of low-mass galaxies, and to learn about how galaxies are built up from smaller building blocks.

“We know big galaxies form generally from the merging of smaller galaxies, but these stripped nuclei allow us to decipher the details of those past interactions,” said Seth.