Welcome to the 23rd International Workshop on Neutrinos from Accelerators

NuFACT 2022 is the 23rd in the series of yearly international workshops which started in 1999 and which had previously been called the International Workshop on Neutrino Factories. The change of name to International Workshop on Neutrinos from Accelerators is related to the fact that the workshop program has, over the years, come to include all current and future accelerator and also reactor based neutrino projects, including also muon projects, not only the Neutrino Factory project.

The main goal of the workshop is to review the progress of current and future facilities able to improve on measurements of the properties of neutral and charged lepton flavor violation, as well as searches for new phenomena beyond the capabilities of presently planned experiments. The workshop is both interdisciplinary and interregional in that experimenters, theorists, and accelerator physicists from all over the world share expertise with the common goal of reviewing the results of currently operating experiments and designing the next generation of experiments. To allow for worldwide participation we plan to broadcast plenary sessions and make at least some selected parallel sessions available. Plenary sessions will be mostly held in the mornings in Utah, which translates into convenient times for international participants from the Americans and Europe/Africa regions.

We are currently envisioning a fully in-person event. Plenary and selected parallel sessions will be streamed for world-wide participation. NuFact will include some dedicated hybrid events  with opportunities for remote participants to give presentations and to discuss with the in-person participants.

The NuFact 2022 workshop is divided into seven Working Groups covering the following topics:

Plenary speakers and invited speakers to MMTE and ESSnuSB workshop include:

Please click here for information about Covid-19 guidelines for NuFact 2022. 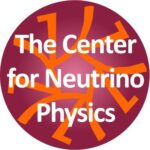